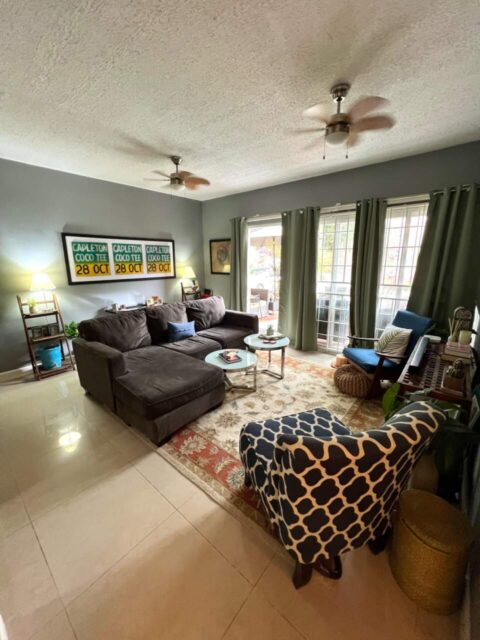 Ground floor 3 bedroom, 2 bathroom West Hills apartment for sale! Well appointed unit close to the playground and security with 2 parking spots with direct access to the wrap around patio and back entrance.  This cozy home has lots of storage, ceiling fans, central AC and a laundry room. Compound shares a pool, tennis court, playground, lovely walking grounds and 24 hour security.