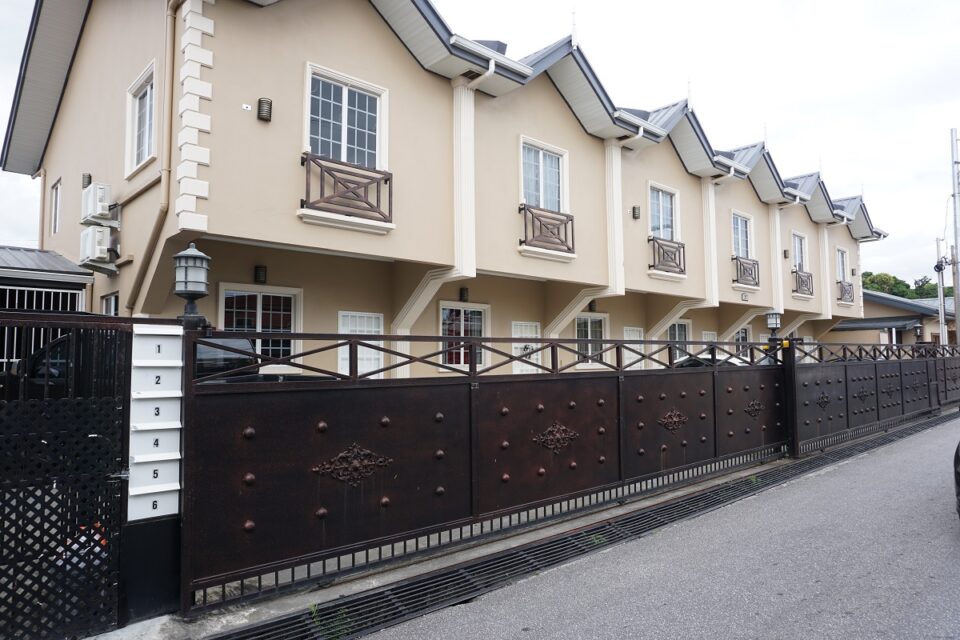 This newly refurbished two bedroom, west end townhouse sits midway through the one way street of Ward lane off the El Socorro Main Road. Ward lane is extremely accessible and Port-of-Spain is only fifteen minutes drive away ( through Barataria ).  The property has 6 units in total, remote gate access, is well maintained and mostly occupied by older couples and small families.

The unit itself features an open plan living concept with a sizeable breakfast bar in the kitchen, teak cabinets and a large storage area. There are two laundry sections in the unit and you can choose to either have our systems downstairs or upstairs.

Both bedrooms can accommodate larger sized beds, they come equipped with cupboards; master having a larger system and both bedrooms are separated by a spacious bathroom.