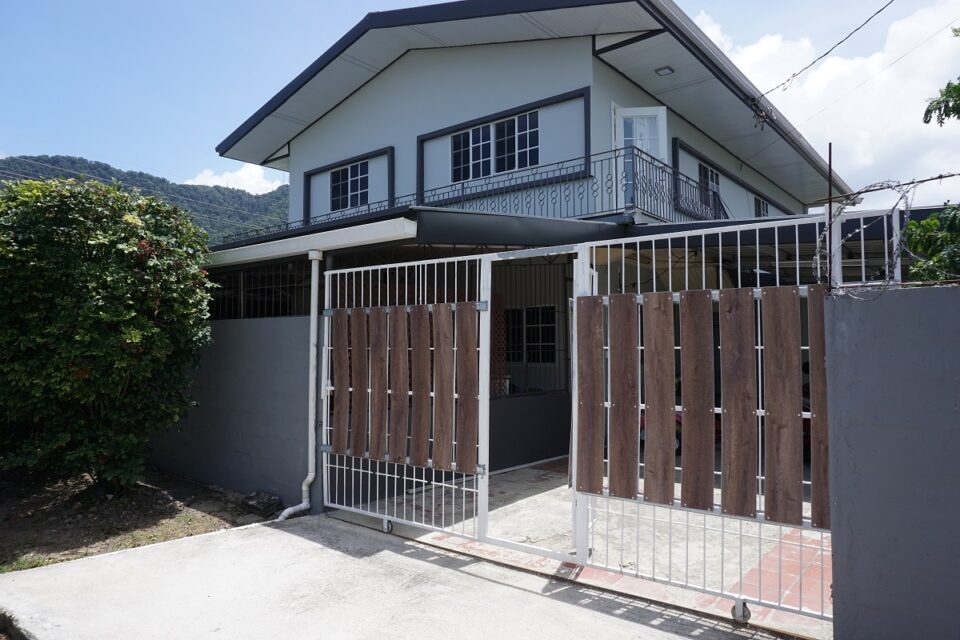 This newly refurbished three bedroom unit sits on Riverdale Drive in Diego Martin and its located just on the left as you enter the Street off of St. Lucian Rd. Very good accessibility for those utilizing public transport.

The unit itself has a large open plan living and kitchen space. The kitchen features a well sized breakfast bar with ample lighting and the kitchen sports teak finished cabinetry. The three bedrooms are ample sized to comfortable fit queen sized beds and they all have a large window. This unit is located to the upper level with a large wrap around balcony ideal for potted plants and simple patio furniture.