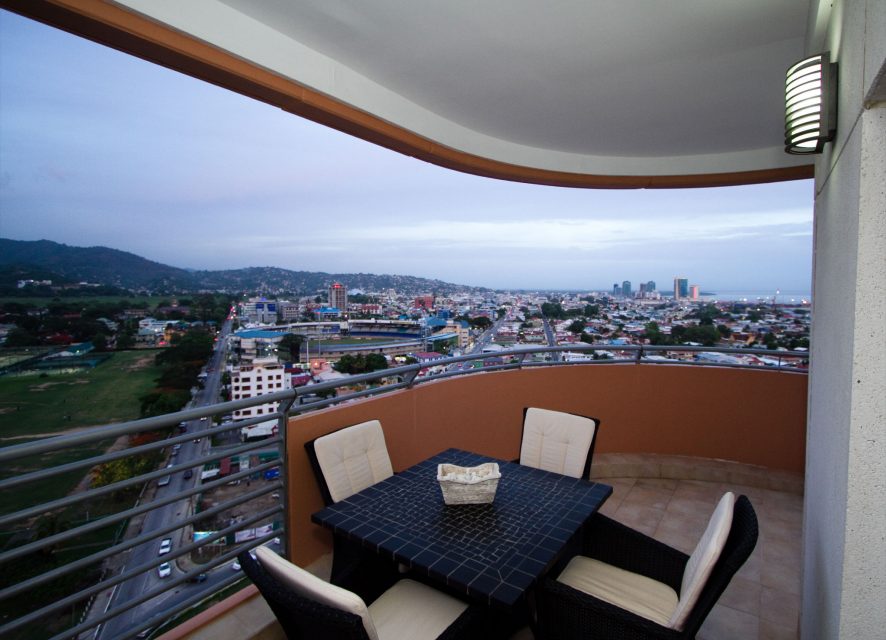 One Woodbrook Place – centrally located highly popular development in Port of Spain.  Within walking distance to the Queens Park Savannah and all major amenities, conveniences and social hot spots/night life.

This unit is on the 15th floor and has the most stunning views.   3 bedrooms, 2.5 bathrooms, fully furnished and equipped and available for rent now.