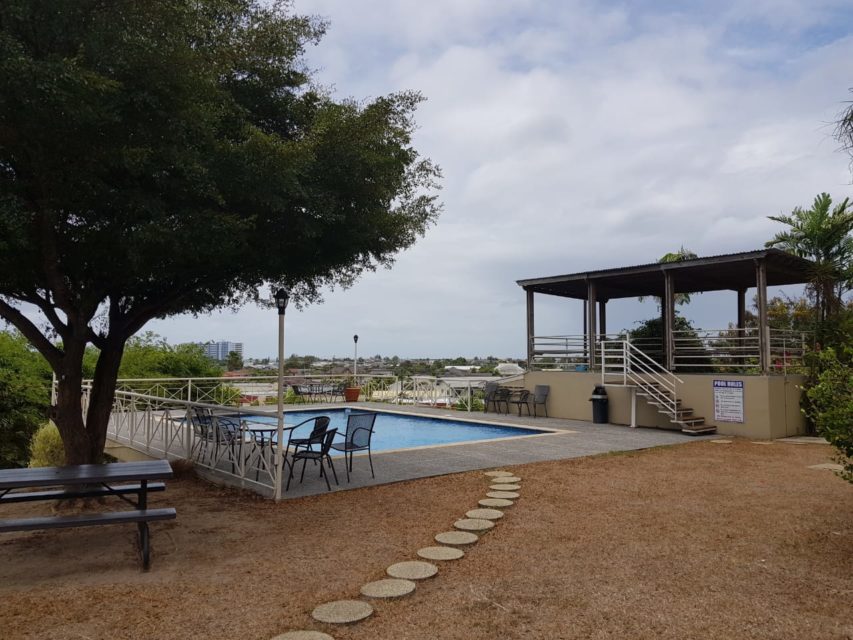 Goodwood Heights – Fully furnished 3 bedroom 2 1/2 bath apartment in a gated compound with security from 6pm – 6am.

This apartment offers stunning views from the living room and master bedroom, parking for 2 vehicles