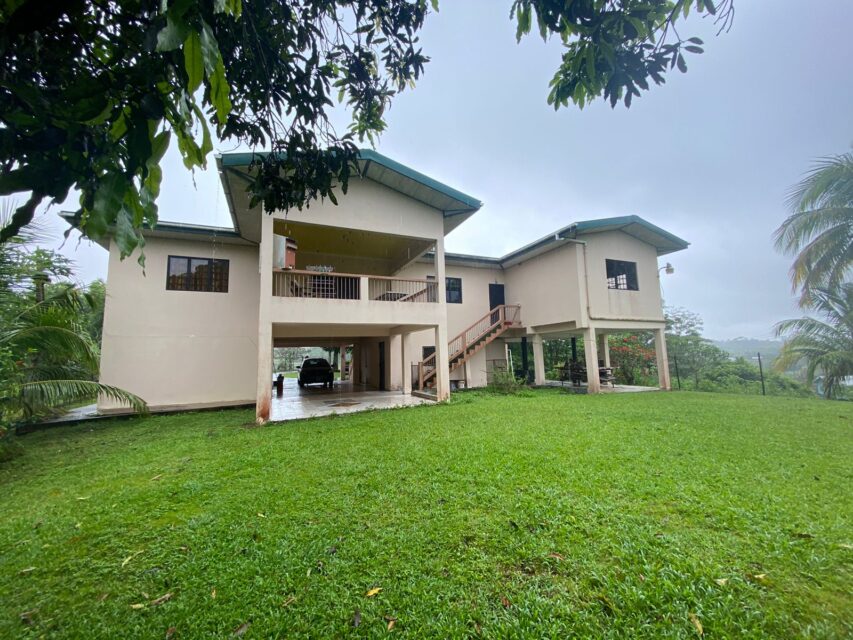 Situated on 3.4 acres of freehold land, this 2500 sq ft house is surrounded by lush greenery.