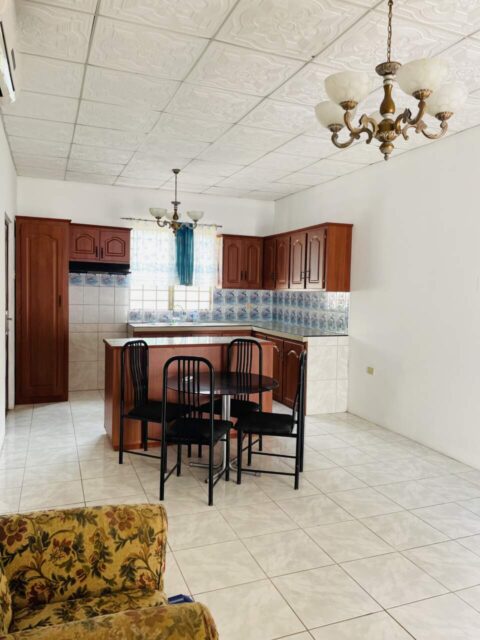 This is an unfurnished 2 bedroom 1 bathroom annex in a gated community. There is an independent entrance for this annex and roadside parking. Cable TV and internet is included in the rent.