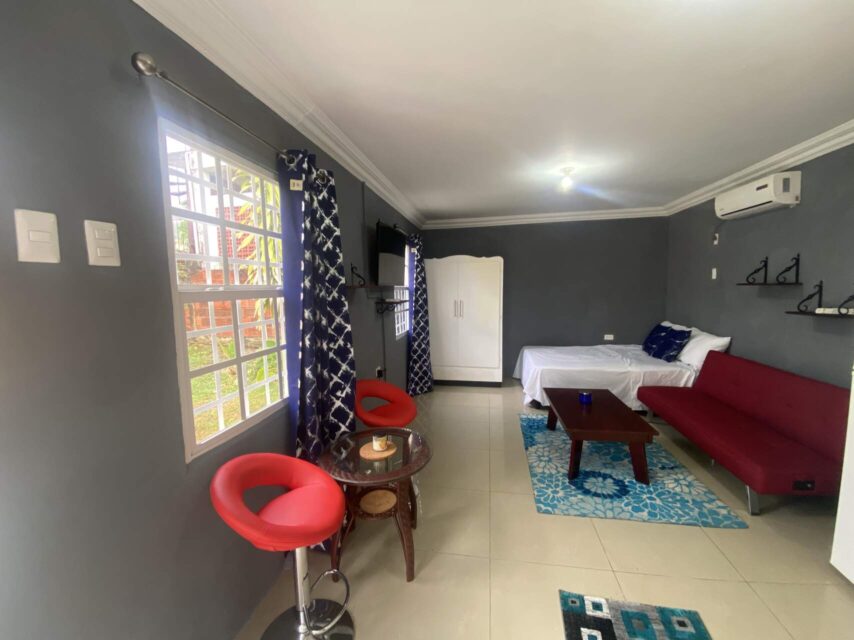 This studio is located on Four Roads, Diego Martin. It comes fully furnished and inclusive of cable, internet and electricity. This unit will consider a small indoor pet. Available August 1st.