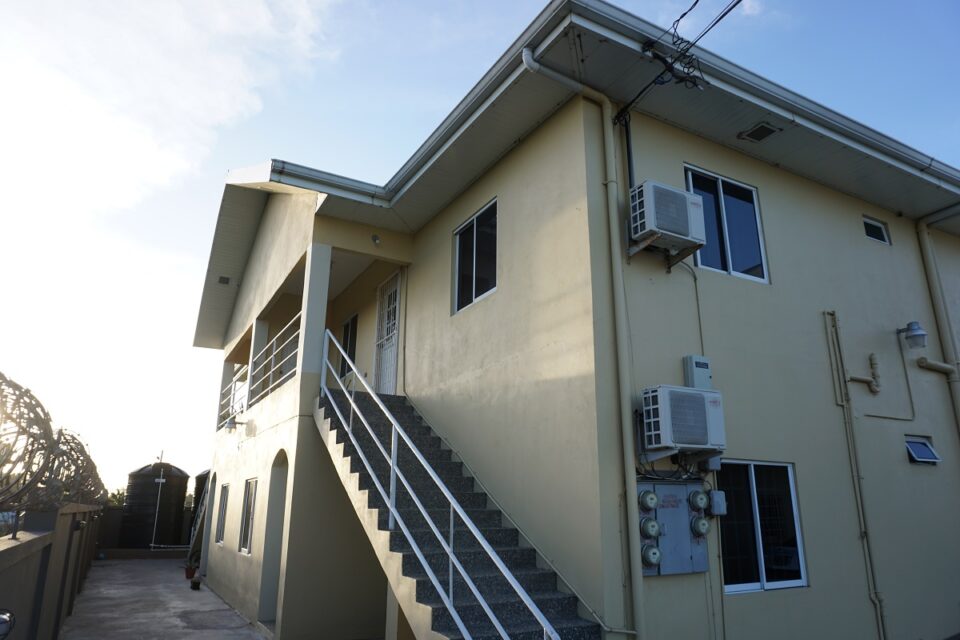 This newly refurbished apartment is located on the eastern side of a four unit building and it is positioned on the ground floor. The building sits a minute after you head onto the Calcutta 3 road from the Calcutta 1 road. It boasts great access to the highway, Pt. Lisas Industrial estate and the Couva Hospital and multi-Training Facility is a mere 15 minutes away ( according to google ). There is also the new Massy stores and Pharmacy 5 minutes away.

The apartment has a well designed open plan living and kitchen area which was recently renovated that features tiled countertops with accenting oak stained cabinetry; it can accommodate both electric and gas cookers.

Both bedrooms have built in cupboards, are sizeable enough to fit a king sized bed with room to spare and they are separated by a spacious bathroom. The laundry service is beside the kitchen and this also features an emergency exit.