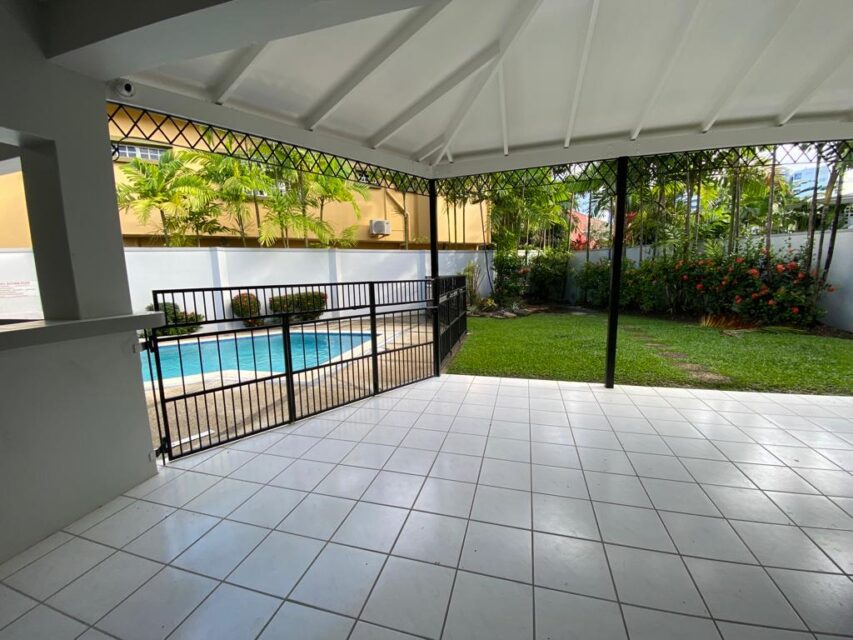 Find More In: For Rent House Port of Spain Westmoorings

Located in a safe and family friendly neighborhood this lovely home has 4 bedrooms, 2 of which are en-suite as well as a powder room and a full external bathroom. There is also a pool and garden area which can be accessed from a large patio area perfect for entertaining. Appliances only and available for rent now.