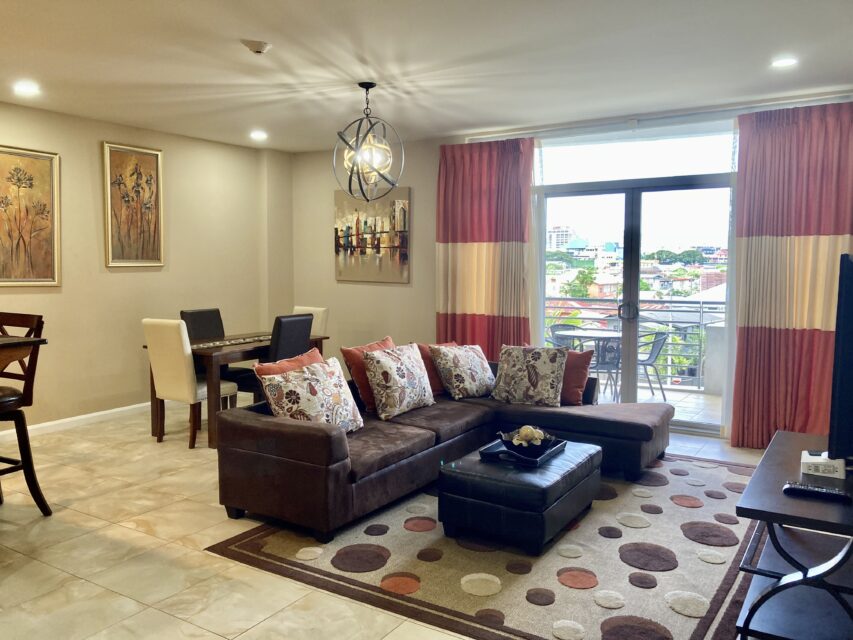 Tastefully furnished 2 bedroom 2 bath apartment, with laundry area, upgraded kitchen and a  patio off the living room that offers a lovely view.