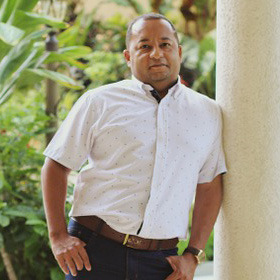 1245sq.ft. of commercial space in a prime location for rent on Union Road, Marabella. Currently a bar, but also suitable for small business with ample parking. Comes with kitchen. Modifications can be discussed if needed. Parking for up to 10 vehicles.