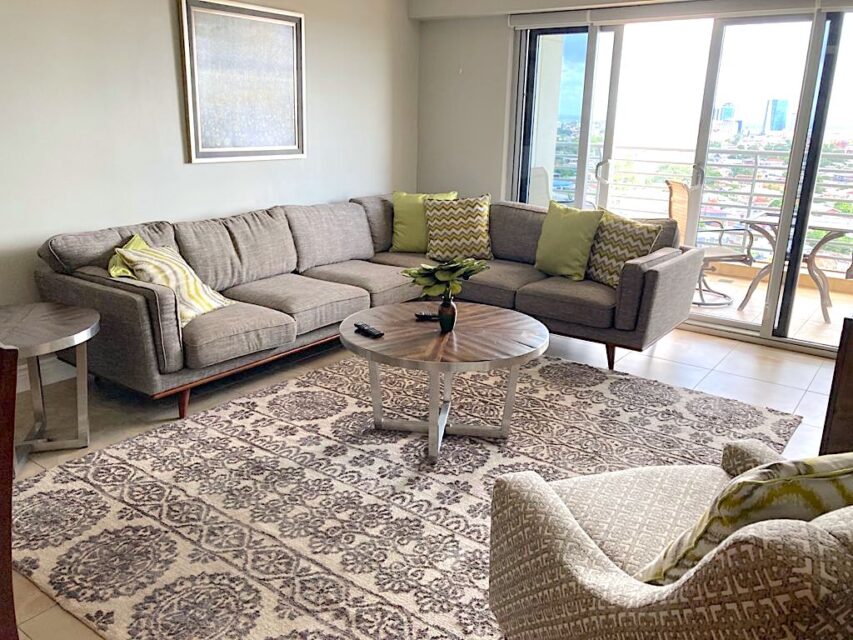 Tower 2, One Woodbrook Place for Rent

Modern and tastefully furnished, this 2 bedroom, 2 baths has a beautiful city view of the Woodbrook and St Clair neighbourhoods along with a beautiful ocean view.

The living and dining areas encompasses a modern open floor plan along with a fully equipped kitchen with granite countertops. The entire apartment is centrally air-conditioned with tiled floors and gypsum ceilings throughout.

One Woodbrook Place is the place of choice for many who want to get away from traffic problems and to enjoy the ease of central city living in a well-appointed, secure, high rise development. Each Tower has its own entrance foyer and concierge service. There is a community pool, secure underground parking and above ground shopping and entertainment including banks, supermarkets, restaurants and cinema.

Easily accessible and close to all of One Woodbrook Place amenities which includes secure basement parking, access to the shared pool, use of the jogging track and 24 hr concierge service. The compound is home to the IMAX Cinema, convenience stores, restaurants, bars and banks.