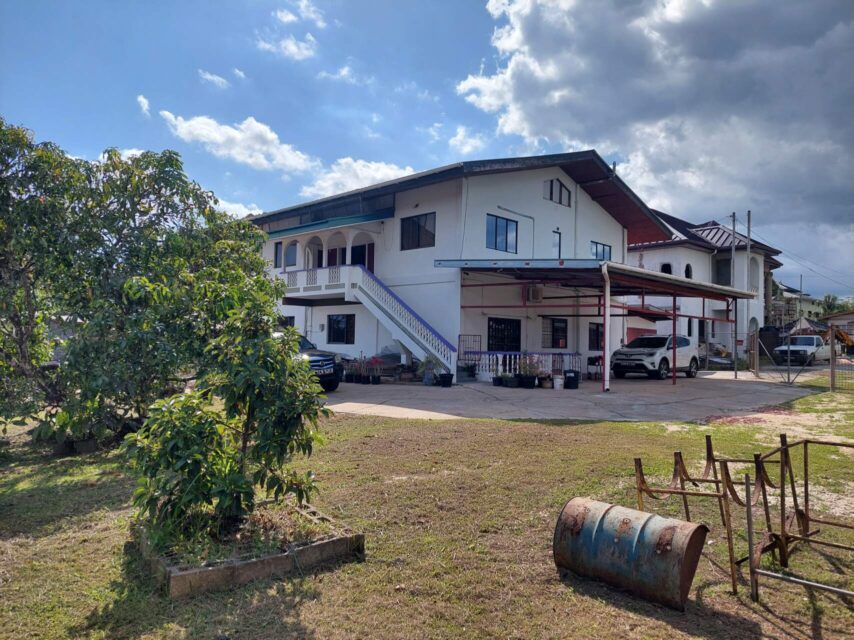 THICK VILLAGE, SIPARIA
Property perfect for an extended family or apartments. This property has lots to offer with great potential over 4000 sq. ft. in Building size which sit on just under 2 lots of land (9250 sq. ft.). It consists of a main building which has an upstairs & ground floor .There is a large area which is currently being used as storage but has potential turning into an apartment. Has two (2) Road access on both sides of the property.
▪︎