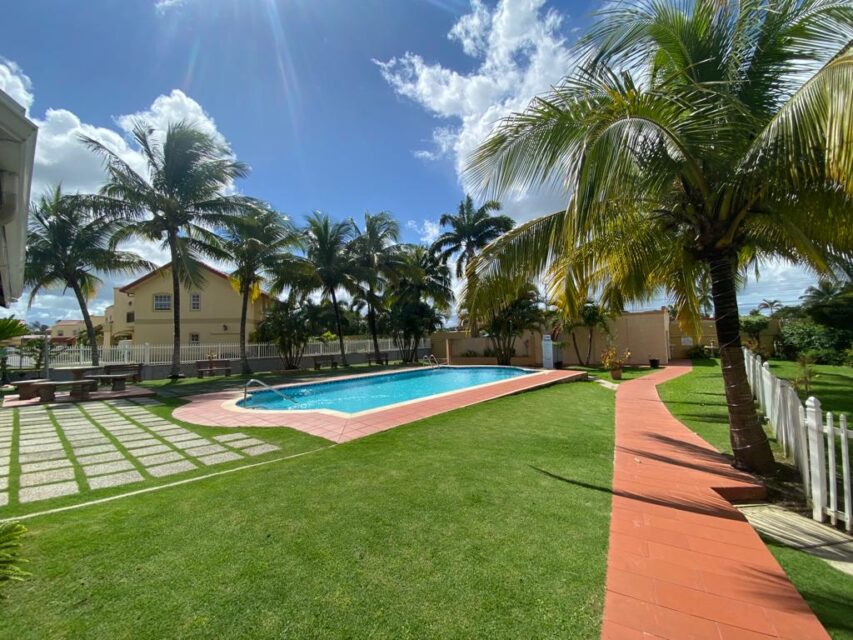 The Point, Lange Park – 3 bed 2.5 bath townhouse for sale. Updated Unit being sold with furniture. Each bedroom has access to a balcony which overlook the lovely green space surrounding the unit. Open plan kitchen living and dining which lead onto patio and outdoor area. Covered parking for two cars. This lovely family friendly compound is gated and guarded with a shared pool, club house and play area.