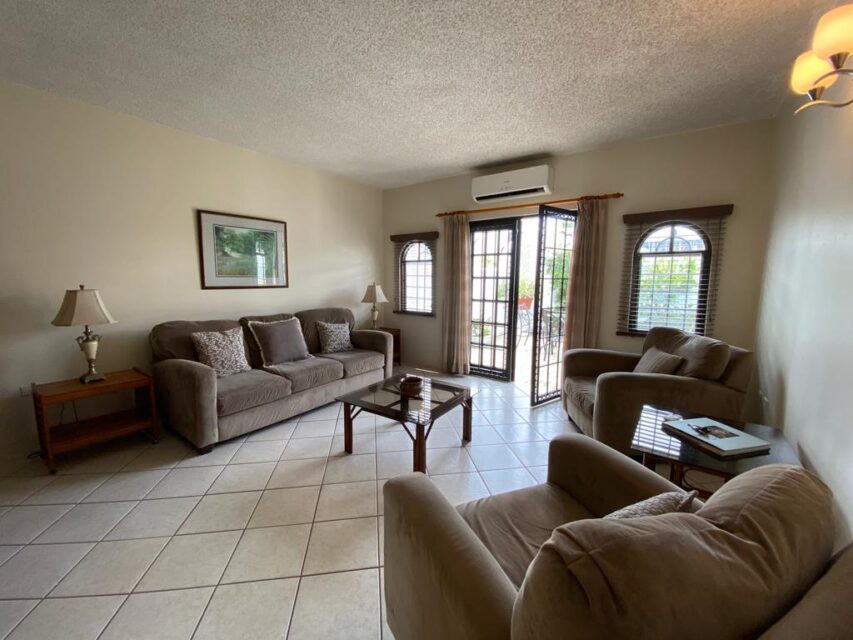 Lovely Spanish Court unit, light, bright, airy and spacious with 3 bedrooms, all of which have balconies, 3 bathrooms and a large back patio for entertaining.  This unit is well appointed, fully air conditioned and now available for rent.

Gated with 24 hour security, large pool and gazebo and within walking distance to many amenities including The Falls At West Mall, SuperPharm, The International School and much more.  Lovely compound and neighbourhood, parking for two cars, one covered one uncovered plus ample visitor parking.