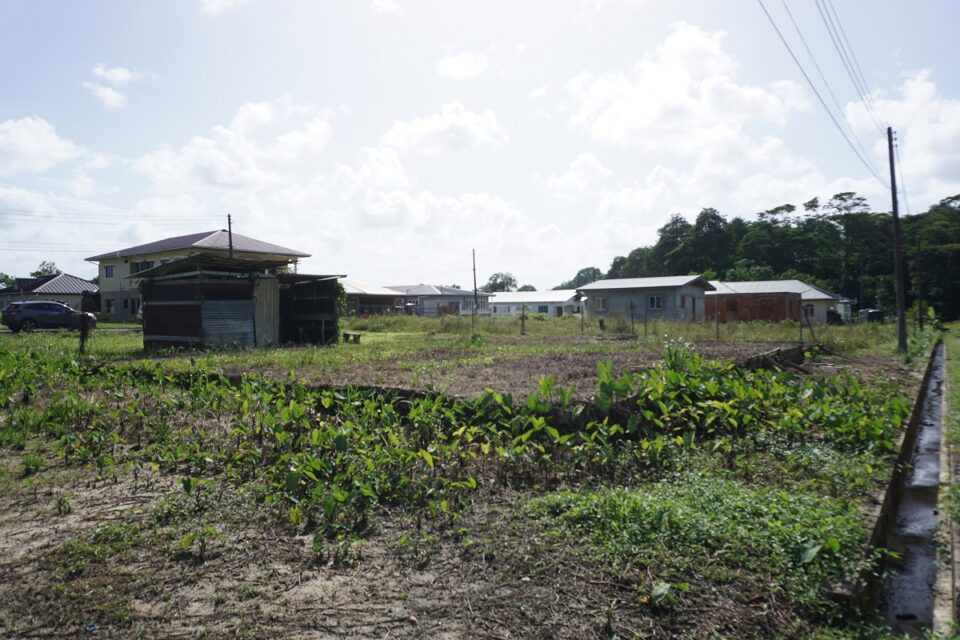 This large parcel of residential land is located minutes drive from the very busy city of Sangre Grande in a newly developing neighborhood. The area boasts accessibility for those working in the Sangre Grande area especially those working at the Hospital as its only 3 minutes away.

The residential community has many new homes that have been built within the past few years with a few more homes being built there at the moment. Approximately 70% of the lots have new homes on them. The area is high and flat with no flooding issues and there is even a fire hydrant service that runs through the development with one situated at the front of the property.

The land itself is a corner lot, please see the cadastral document at Lot-52, there is drainage and water already run on the property as well as the owner has currently constructed a work shed along with the foundation to start the project but has not finished.

There is architectural approved plans for a large single dwelling home.