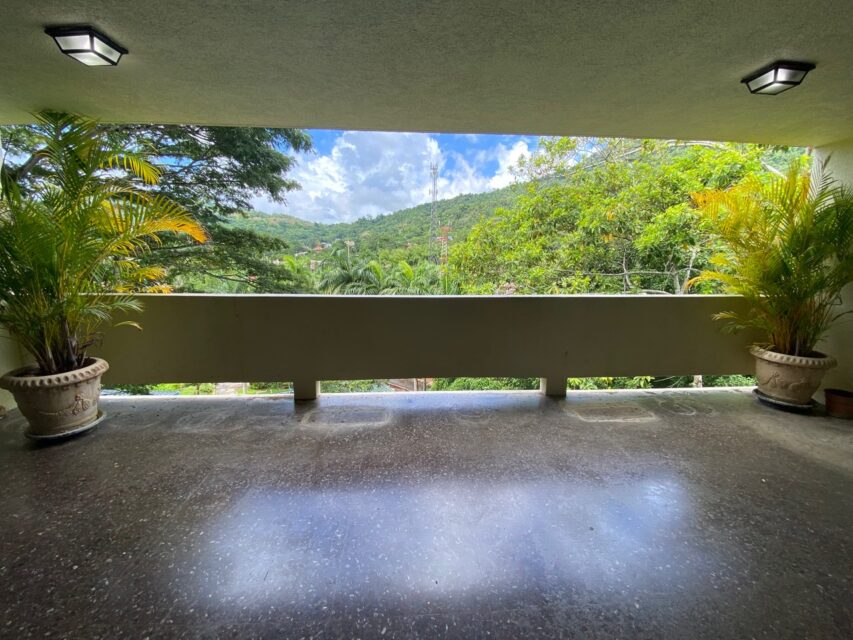 Now available for sale and located in the sought after neighbourhood of Haleland Park, Maraval.

Solidly built tri-level house with en-suite living quarters located on the lowest level. Second level has the 3 bedrooms and 2 bathrooms as well as a storage room/laundry.

The entry, road level has a spacious entrance with the living and dining area that opens onto the patio which has a lovely view of the mountains. There is also a separate TV/family room, kitchen, breakfast nook and laundry /pantry as well as a powder room.

This older property is in need of modernizing but has the potential to be a warm inviting home in a community that is secure and family friendly with a huge green space for all to enjoy as well as tennis courts and covered communal facilities.

Haleland Park
Haleland Park is located in Maraval Trinidad. This residential area is known for its stunning villas & Modern design townhouse units located in a gated community comprising of both townhouses and stand-alone units. Haleland Park is surrounded by the St. Andrews Golf Club and the Villas of Moka.