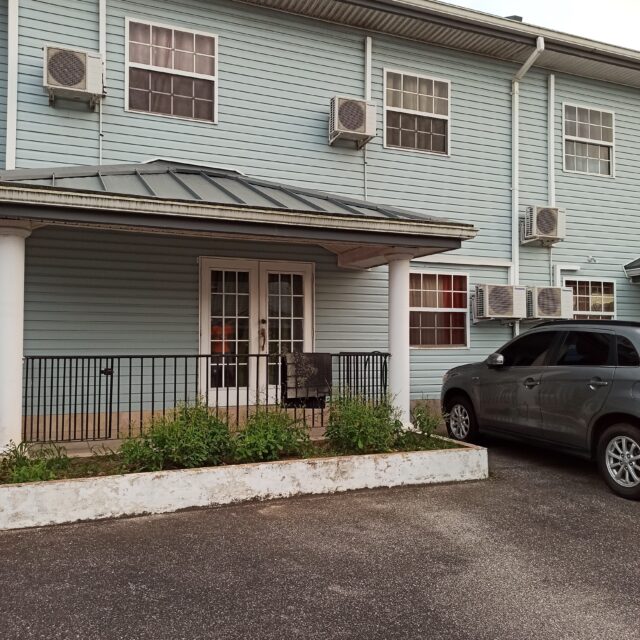 Who said all town homes are created equal?

With over 2200 sq. ft. of living space, this townhome is well appointed and suitable for any professional and their family or group of professionals.

It boasts of the following amenities:

Parking for 2 plus visitors parking.

Short term rentals will be considered.

Orange Grove Estates
Orange Groove Estates is known mostly as a residential area, this community is very private. Located between the Churchill Roosevelt Highway and the Priority Bus Route on the North Eastern side of Trinidad. This road is used by many commuters to access environs such as Tacarigua, El.Dorado etc. As of recent, there has been a developing Orange Groove Industrial estate where manufacturing companies have begun successfully producing goods for re-sale.