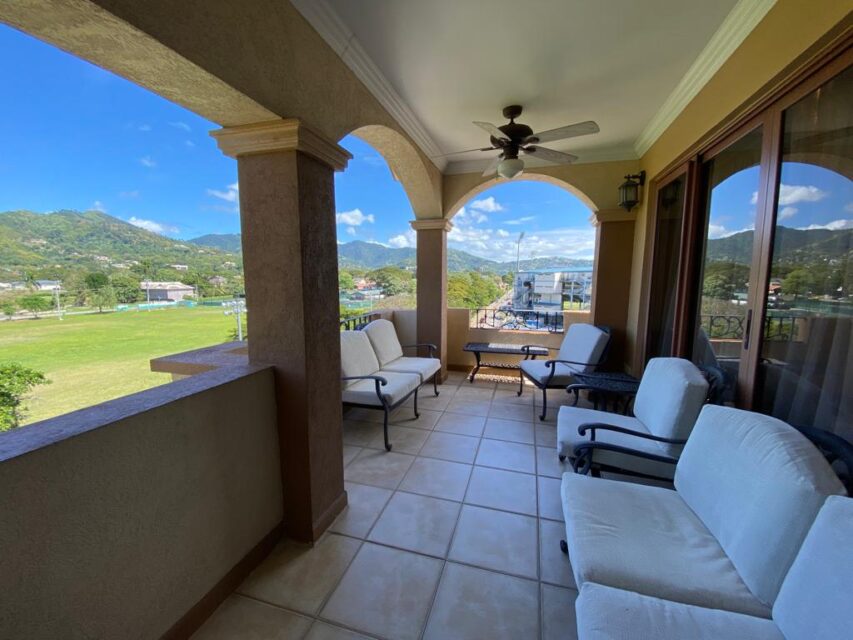 Stunning 3 bedroom 2 bathroom apartment for rent. This well appointed and beautifully finished apartment is located in the heart of St. Clair and is within walking distance to the Queen’s Park Savannah and is ideally located near to many convenient amenities. The compound is secure and gated with 24hr security and covered parking for 2 cars.

Beautiful views of the Northern Range can be viewed from the spacious porch as well as the roof top patio which has a bbq area and a wet bar and which is also fitted with a gym.

The apartment has an open plan design which adds to the spacious open feeling. The large master bedroom has a walk-in closet, a double sink vanity, and an enclosed shower.

The compound is also immaculately maintained and there is elevator access. Offered fully furnished and equipped.