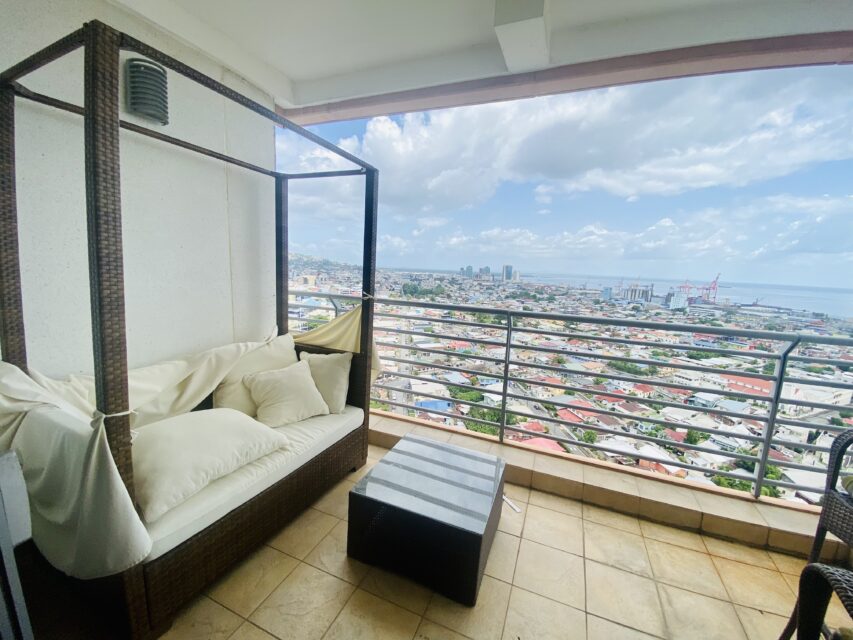 This unit is located in gated and secure compound that’s walking distance from all amenities. Amenities include parks, restaurants, banks, bars, pharmacies and much mire.  It offers 2 beds and 2 baths and boasts views of the city and ocean.