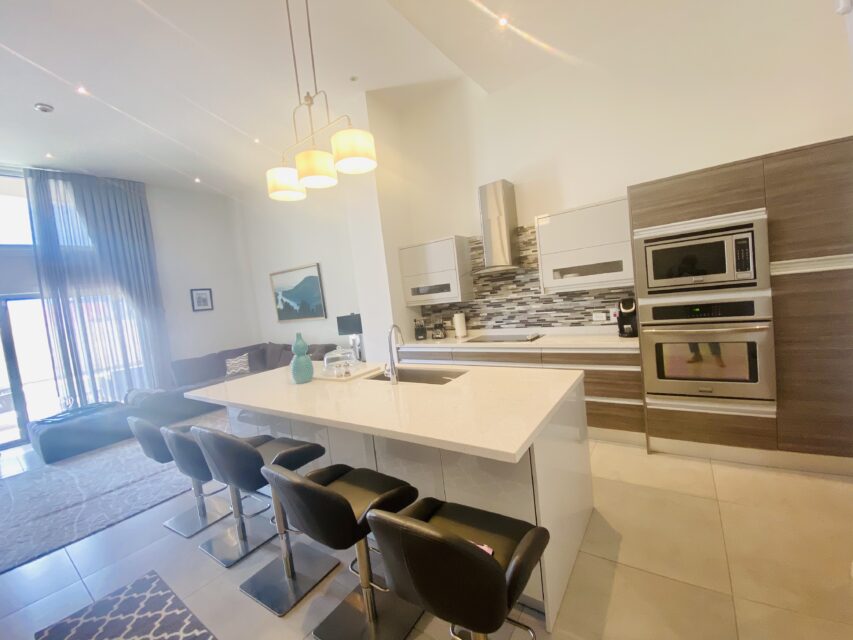 This 2 bed 2 bath unit is located on the ground floor. It has been. Completely gutted and remodelled. It’s very modern apartment which comes fully furnished and equipped. Attached just off of the living area is a large back patio that opens up to a green space.
This apartment is in one of the most centrally located compounds. The compound is about 5 mins from all Amenities like banks, pharmacies, restaurants, shopping and entertainment.