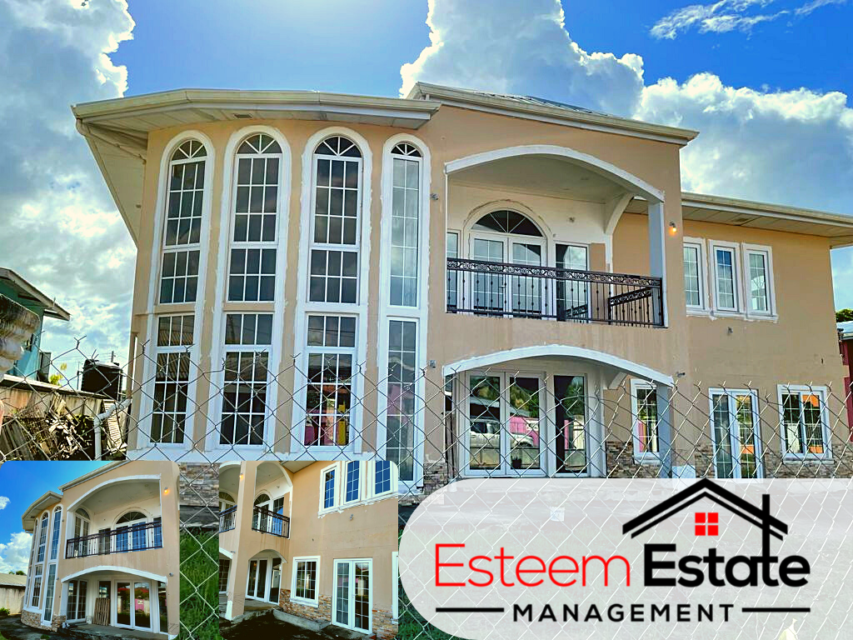 This Mediterranean  Gem , is tucked away in central Trinidad away from the hustle and bustle of  city life. Although located minutes away from all major amenities this majestic beauty sits on  11,000 sqft of flat land. Spaciously designed for privacy and serenity, all bedrooms are outfitted with full baths. The grand entrance is breathtaking and with huge windows to capture natural light. The property is presently being offered for “quick sale”.