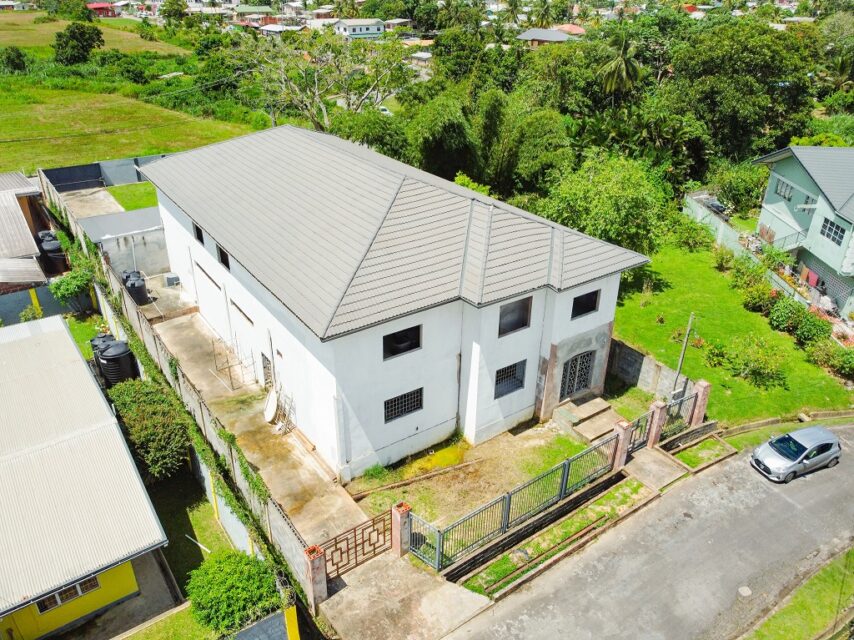 With the potential for a commercial space attached to your home!

Own your very own part of the Lange Estate! Lange Park, a wonderful community and central Trinidad’s most prestigious neighborhood. Lange Park sits just northeast from the center of Chaguanas and it’s location is perfect, with great access to the highway, large supermarkets and every major shopping center in central Trinidad is less than 20 minutes drive.

This home built only a few years ago sits on a large lot of land measuring 13,260 Sqft. These are two separate lots of land but the owner is selling both together as one package deal. On the Rodney Road side, sits a small commercial space that was utilized as a Spa and the Southern side opens out just off Eastern Avenue.

This land size is amazing and great for large families, perfect for a forever home and enough space to install a pool! Or if you are into business, this can possibly converted into a clinic, large Spa, so many possibilities and parking space.