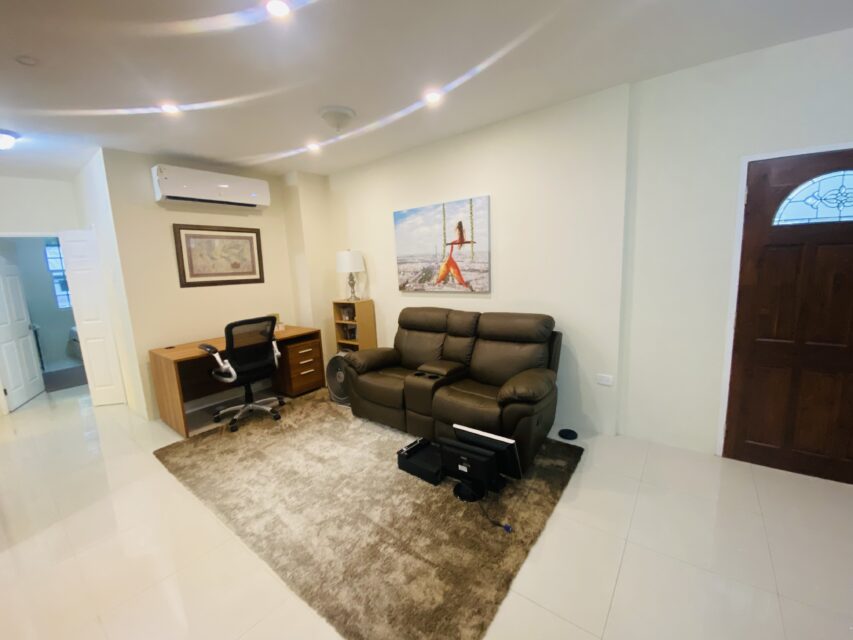 Located on saddle rd Maraval, this 2 bed 1 bath is a relatively newly built apartment.  It is located on the second floor. Easy access in and out of Maraval. It’s spacious and comes semi furnished or unfurnished