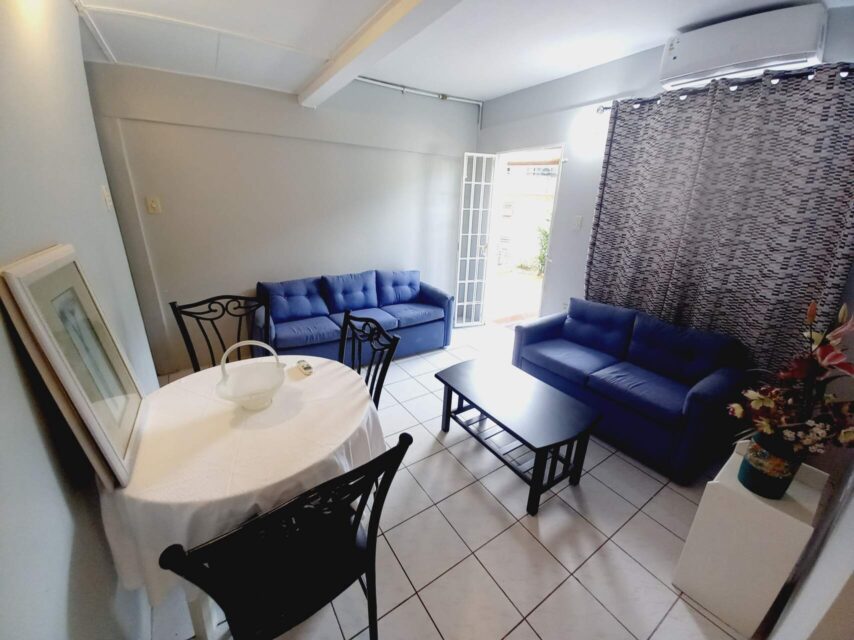 We have this cozy 1 bedroom, 1 bathroom Fully furnished,  parking for 1, gated compound in Maraval available for rent.