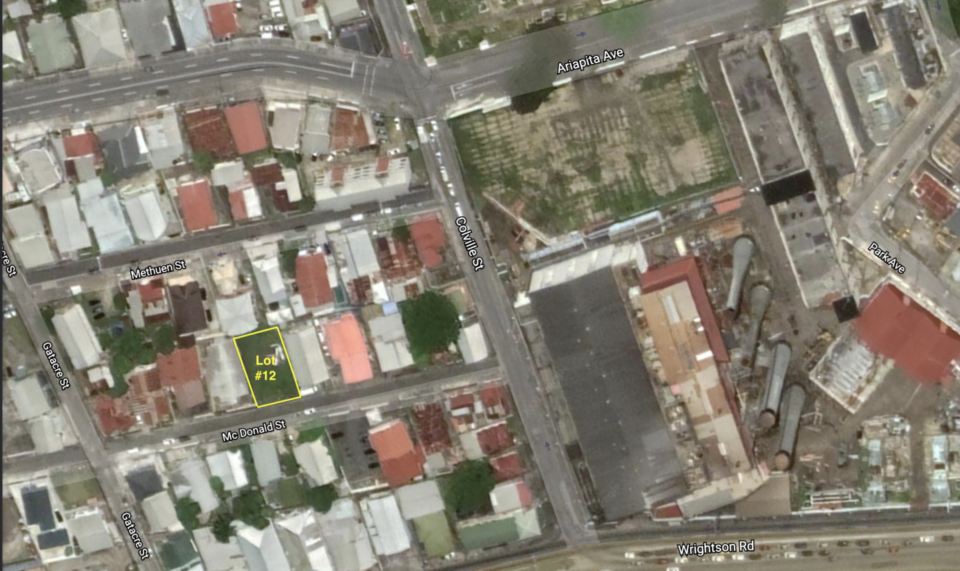 Situated close proximity to downtown Port of Spain, Wrightson Road and Ariapita Ave, this leasehold land is 4,709 sq ft.  The lease was renewed in 2021 for 30 years with an option to renew for another 30 years.

There is outline permission to construct a 3 storey building with underground parking with the adjacent lot #12, currently a vacant lot of land. Lot #8 also available for sale