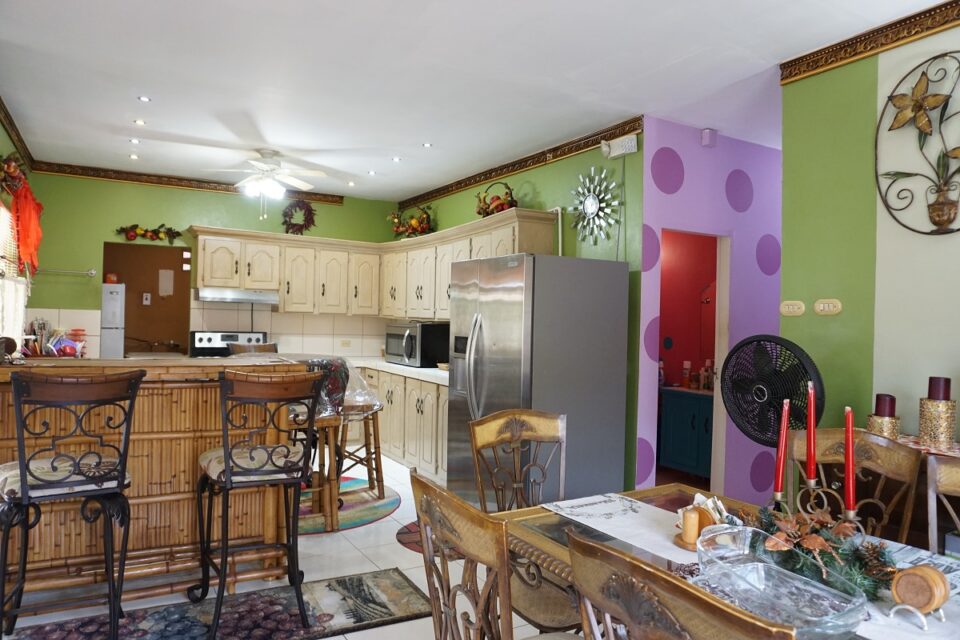 Krystal gardens is a fairly new development a little over ten years old and it’s located at the end of Sinaswee street, only minutes from the St Maries Junction in Freeport and only about 5 minutes away from the Highway. The secure, gated community exerts a very well appointed family atmosphere and encourages evening walks, a great community spirit and family get-togethers. The community itself consists of 53 Plots of land with over 75% of them already developed with many still under construction and there is even a small park area to the entryway that kids can take advantage of.

This is a flat house with small additions to the home, which gives this unit a very unique appearance from the other homes within the development. The unit features a large open plan living and dining area followed by a sizable kitchen, with the laundry area sitting just behind the kitchen. The kitchen itself needs to be redone as the mdf cupboards installed in the unit from inception has wear and tear and is in need of a remodel.

The unit is being sold as is including all furniture, appliances and fixtures shown here in the photographs. A complete inventory will be given to possible prospects upon request.

The two smaller bedrooms vary in size and the master bedroom sits to the end of the hallway with its own en-suit bathroom and walk-in closet. The additions made to this home that vary from the addition structure include a large shed area and utility room to the northern side of the home that is great for family events and additional laundry if needed.

There is a small backyard space that houses a few fruit trees and is even large enough for a children’s playset and even a small above ground pool. The unit includes two 1000 gallon water tanks and pump system already installed in the unit.