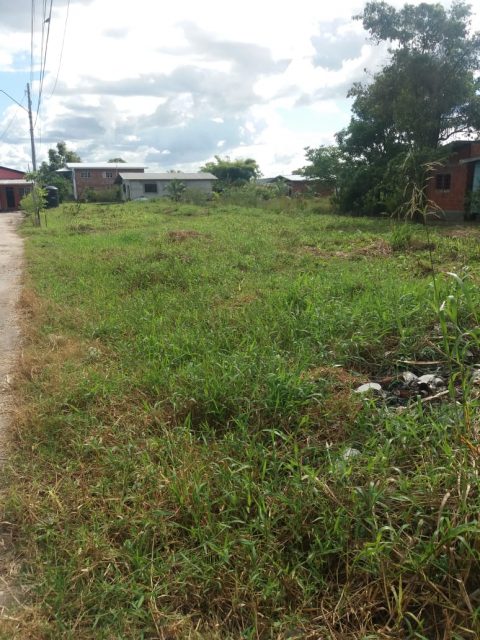 Two parcels of flat land selling as one.

Endeavour
Endeavour is located in Chaguanas next to Jermingham Junction, Trinidad and Tobago. Endeavour Road has a length of 0.7 kilometres. Endeavour has many restaurants and bars, and is known for the location of the Divali Nagar site, Price Plaza and the Barakah grounds just to name a few. The community of Endeavour is also protected by the Chaguanas police service, medical facilities such as the Chaguanas Health Centre and Medical Associates are easily accessible.

Jerningham Junction
Jerningham Junction Cunupia is located in the region of  Chaguanas, Trinidad and Tobago. It is a large area that stems all around and through Cunupia. Many residents in this area have set up small businesses or rental of apartments as this community has grown significantly. The area is also supported by protective services, a Secondary school and Health services.