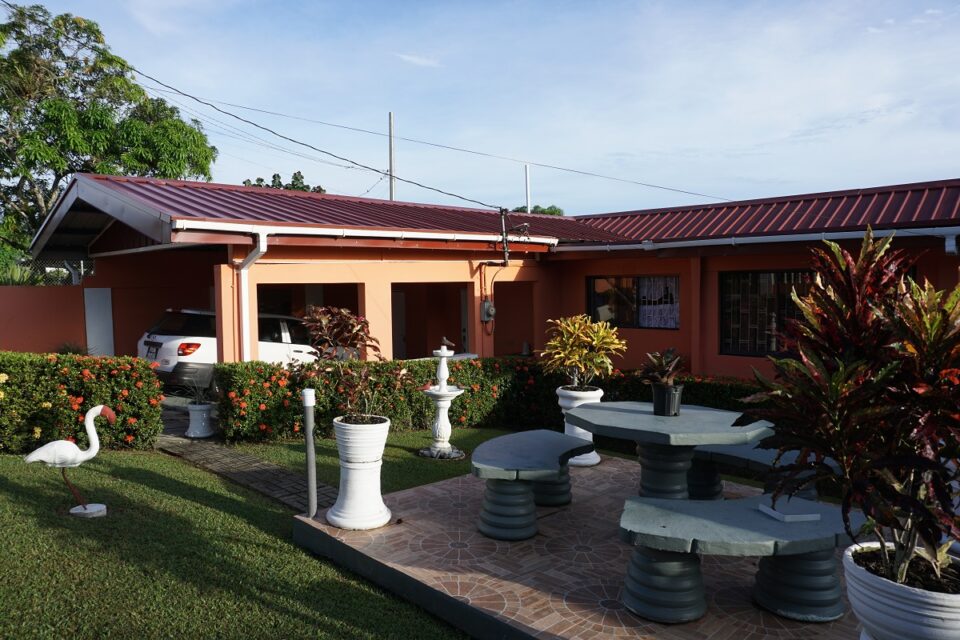 A very cozy home located minutes drive from the central town of Sangre Grande. The home is located within a well established neighborhood on the hilly side of Guaico, Sangre Grande to the southern side of the Main Road just after the petrol station.

The home itself sits to the middle of the property with a large parking garage to the eastern end with a well complimenting green area beside it. To the rear of the property, the landlords have built a large shed that extends to the end of the property from the home, its great for family events!

The home itself features a cozy foyer as you enter, followed by the kitchen, dining and all the bedrooms are laid out to the ends of the home. The bedrooms are well sized and this is ideal for new families. Bathrooms are not en suite but with a small modification this can be done. The roof was done over in 2012 and the home was built in 1988.