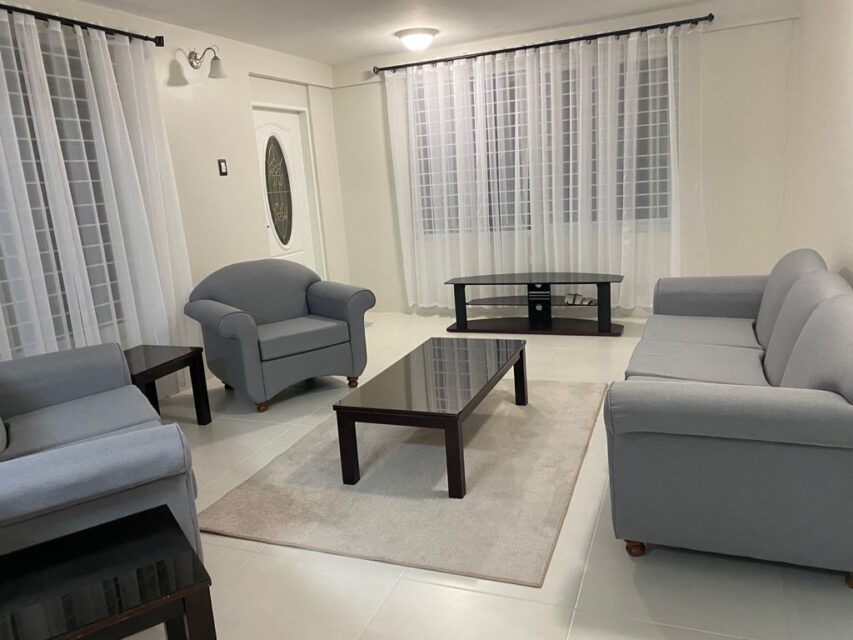 Just renovated! This spacious annex apartment comes fully furnished & equipped, and enjoys a view of the neighborhood, and the distant mountains,.. has tile floors, one air-conditioned bedroom, one bathroom, an office nook, a large laundry room (off of bedroom), a nice private outside space, and a private driveway with parking for 2-3 cars, and an RC front entry gate. No Pets! Utilities included!