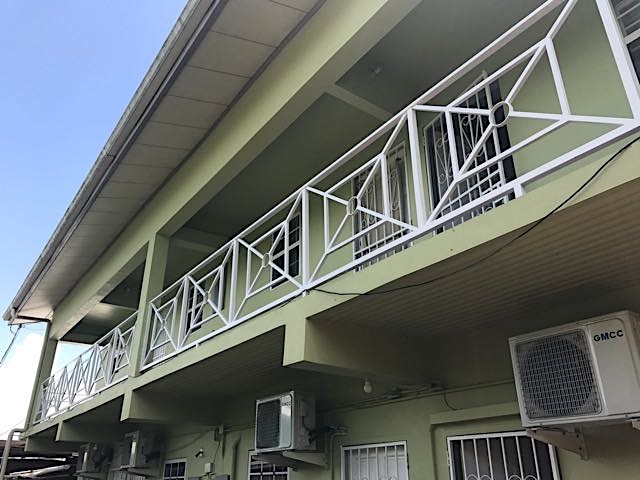 Investment property!  Two buildings on 10,000sf land.  The front building is a 4 bedroom house with office, storage room and basement.  The back building consists of four (4) 1 bedroom units and eight (8) studio apartments.  There is an extensive covered area for parking between the buildings

Curepe
Acting as a main commuting hub for the central to southern area, Curepe facilitates many working class people you only mean of transportation is the Maxi and Taxi Services. A typical day is seen as a very hectic one when in Curepe. The Southern Main Road is the main access road for commuting and it is also filled with businesses of all types from food of all ethnicity, car care, retail trade and bars etc. One of the main attraction is the food franchise: Pizza Hut, Subway and KFC all located in the same compound at the end of the southern main road bounding with the Churchill Roosevelt Highway. Curepe is significantly known for “Sauce doubles” which attracts many party persons after they have had a night out and are looking for a food to “sober them up”. On the Curepe Main Road it offers ease of transport to the East –West corridor via the bus route or main road maxi taxi. Many taxi services are also available when commuting to environs such as St. Joseph, Maracas, St. Augustine. It provides ATM services and the well-known Papa John’s Pizza. Both a residential and commercial area.