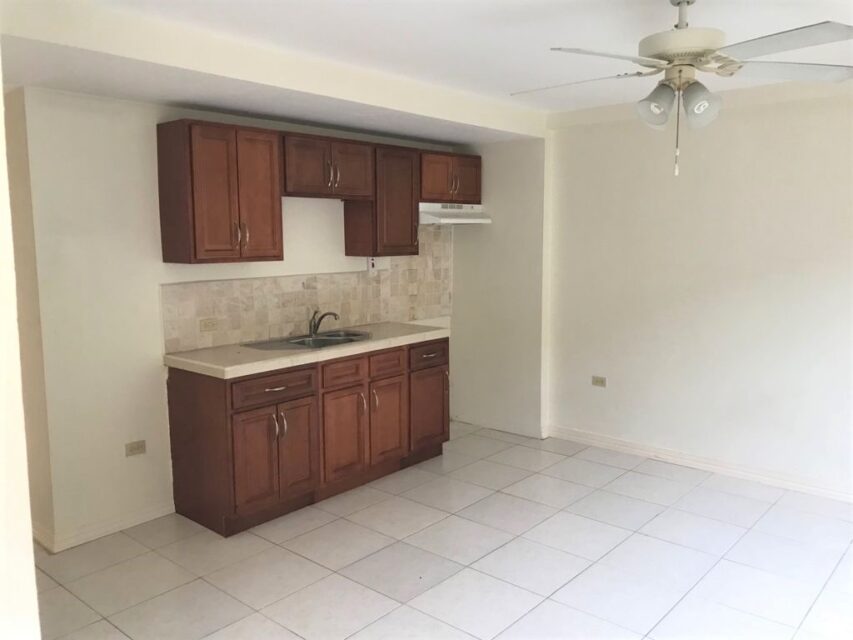 Must see 1 bedroom, 1 bathroom unfurnished ground floor apartment. Located in a small compound on a quiet street in Woodbrook, a stone’s throw from Fatima College.

The space includes ceiling fans with AC in the bedroom, a stackable washer and dryer and is close to all amenities and public transport. Parking for 1 with electronic gate entry.

Mature single or couple, no children.