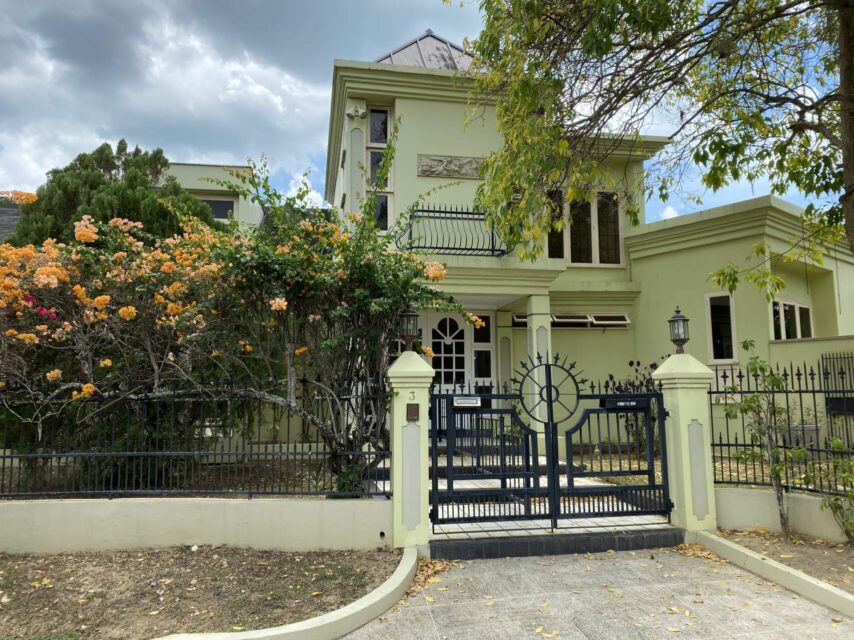 This Property is a favourite of: 18 User(s).

This is a rare and fantastic opportunity to own a home located in one of the most desirable residential locations in Port of Spain.

Elegant residence with 3 en suite bedrooms, loft library, pool and garden. as well as staff quarters and a work room for the hobby enthusiast.  Private and well positioned within a cul de sac. Potential to purchase an adjoining lot of land approximately 11,000 sq ft. for an additional 5MTT.

Federation Park is a residential neighbourhood in northwestern Port-of-Spain, Trinidad and Tobago. Federation Park was built to house delegates to the Federal Parliament of the West Indies Federation. As a result of this, the streets in Federation Park are named for the various territories which made up the Federation. After the dissolution of the Federation in 1962 the
houses in Federation Park were used to house senior civil servants and professionals in the government service.
By the mid-1990s, many of these houses were later sold off to private owners, mainly affluent business persons and non-governmental professionals. Today a fairly large portion of these houses have been either renovated or completely replaced by more modern multimillion-dollar mansions that are rented out to foreign embassies as residences and oil companies to house their expatriate senior staff.