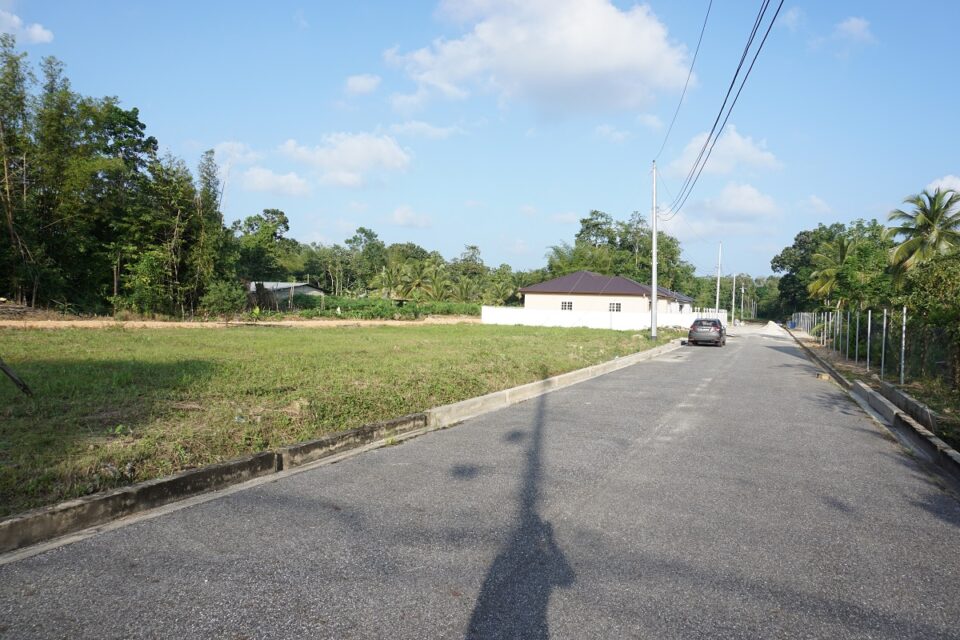 Cherrywood park is located a very short two minute drive from Sangre Grande’s main town within a very quiet, soon to be gated neighborhood surrounded by lush greenery and other well established homes. The development itself is located on flat land, with wide roadways and it’s a brand new development with big plans for the future.