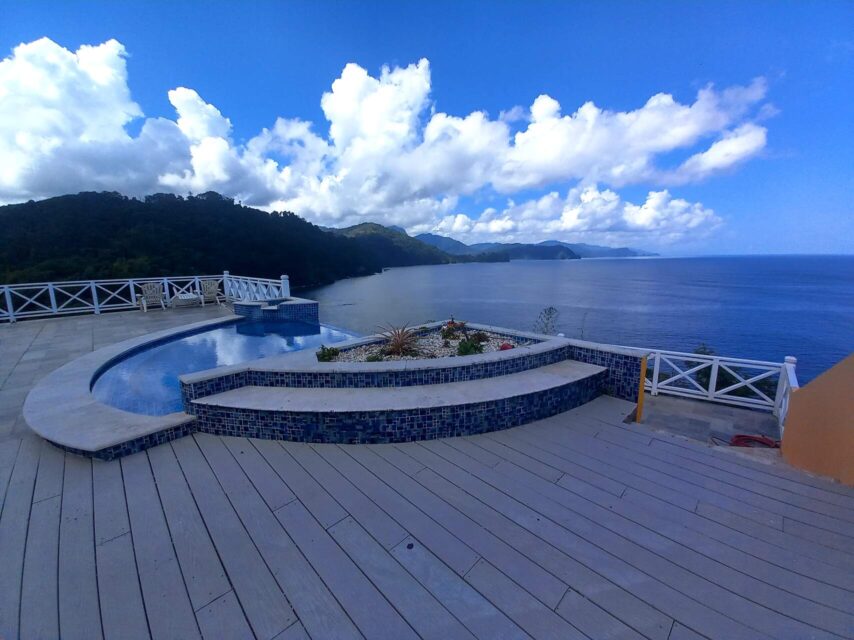 SOLD IN A COMPANY NAME

Firstly, this property is located in a gated compound with 24 hr security, shared pool, tennis court and well maintained grounds. It is located on a hill which takes advantage of the breathtaking views. Parking for 2 plus visitors.

For sale are TWO (2) properties;

Large deck with TWO (2) pools (one of which is an infinity pool overlooking the bay) Amazing sea views!

This is certainly one of a kind staycation to own! A must see.