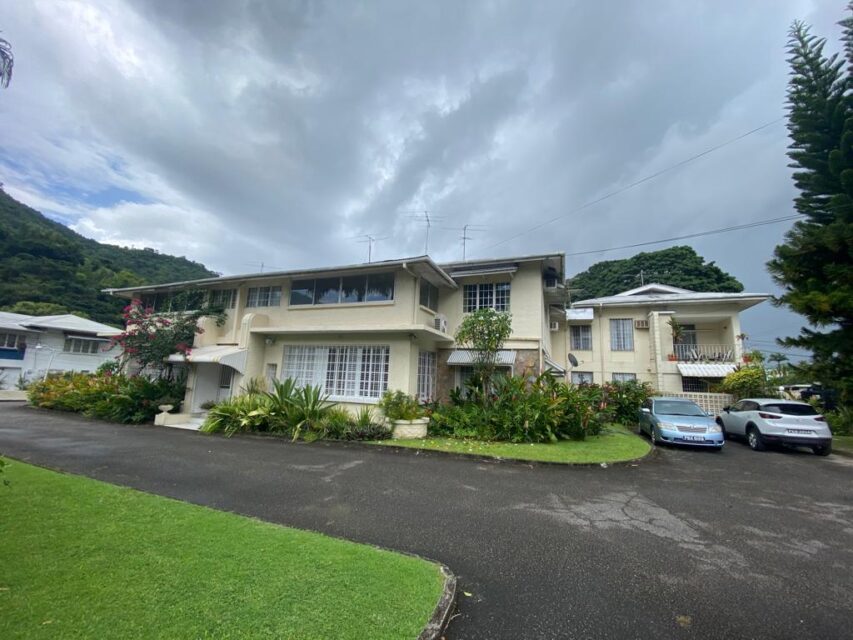 This new listing is ideally located in early Maraval abutting Fairways and is in a safe, family oriented neighborhood within walking distance to Superpharm, Massy Stores, Starlite Pharmacy and more. The building is surrounded by a large open grassy area with lovely views of the Maraval Hills which add to the apartment’s spacious feel. This ground floor unit benefits from there being no stairs and it’s accessibility is ideal. There are 2 bedrooms and 2 bathrooms as well as gated parking for 1 car gated. Being sold with some appliances.

Being an upper-class residential area, known for its gated community, Fairways is a beautiful place to live. You can pass through this area only if you have a Fairways sticker to show you are part of this community. Many drivers try to access this road during certain hours of the day to divert from traffic however, the security in this area is very strict and it is common to be
turned away.