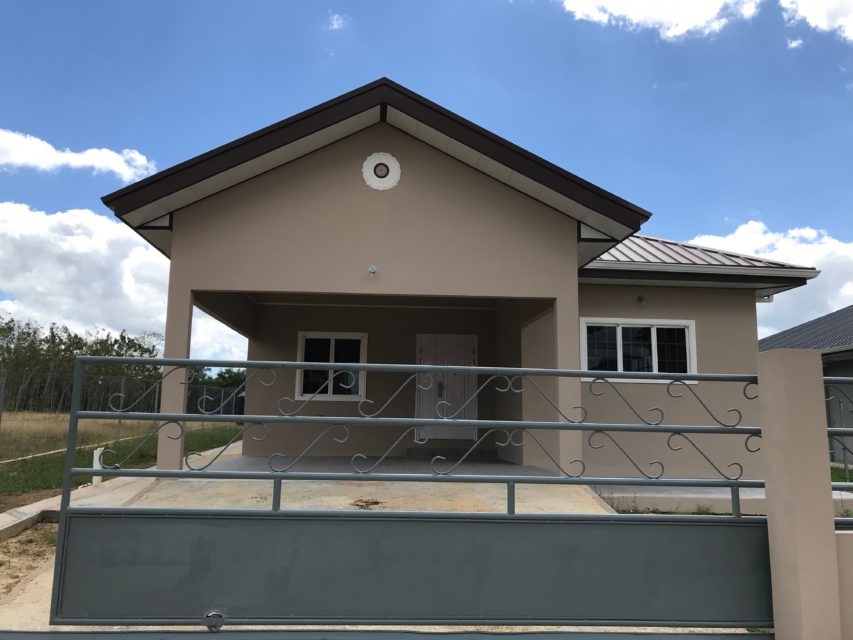 Peaceful Alma Gardens – Brand new home in a new developing community of Alma Gardens located in Gasparillo, just short of a 10-minute drive to the hustle and bustle of Gasparillo
A single story house comprising 2000 sq. ft on 5000 sq. ft freehold land, with 3 bedrooms all with its own AC units and 2 1/2 bathrooms.
Kitchen boasts of granite countertops and teak cupboards.
There is also a separate enclosed laundry room
The garage is covered with space for 2 cars and conveniently placed is a standpipe to wash your cars, water your lawn, or wash down your patio
The yard wraps around the house, the perfect amount of space for children to run and play and also to keep a pet. Maintenance of this yard is low key.