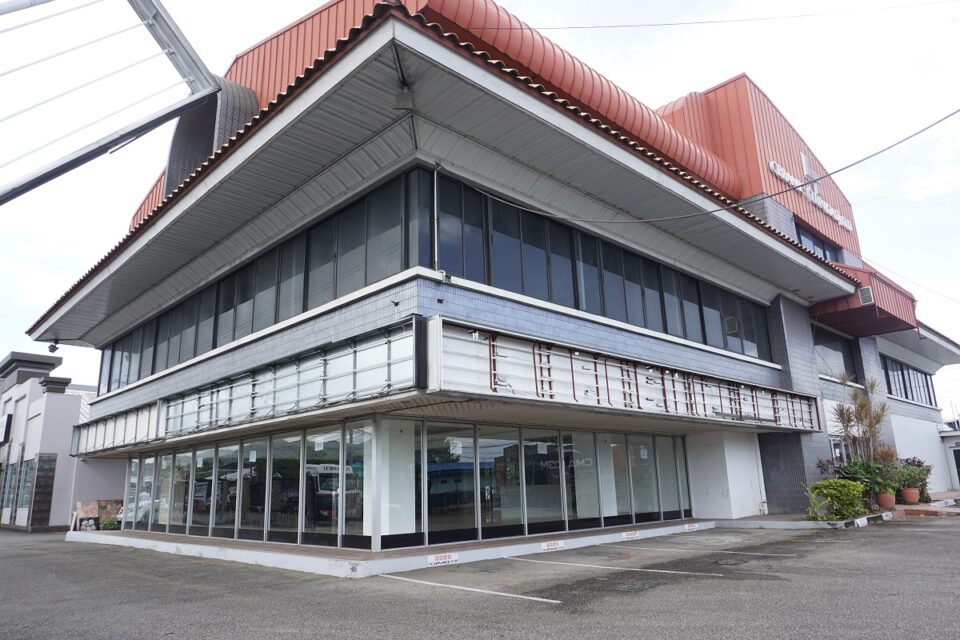 Pricing does not include VAT:

This large commercial building is located on the busiest street in Port-of-Spain that can boast that, tens of thousands of potential customers traverse in front of this location on a daily basis. It’s located just before Invaders bay Movie town, a stones throw away from from the Stadium and is one of the most accessible locations in the city.

The building sits to the corner of a major traffic intersection which can give access to persons heading both West and East. The units has three floors, all which have glass windows that wrap around that welcome lots of natural light to the building and can even work as great display showcases for your customers. The upper levels however have an advantage with their ability to have ocean views from the executive offices that face south.

All floors have their own bathrooms, security server rooms, electrical rooms and the upper levels which have been pre built with drywalls for previous office spaces, come equipped with very well done office kitchenettes, board rooms, executive rooms and much more space that most offices can take advantage of.

All upper floors are carpeted and the ground floor is almost fully open plan with a tiled floorspace.