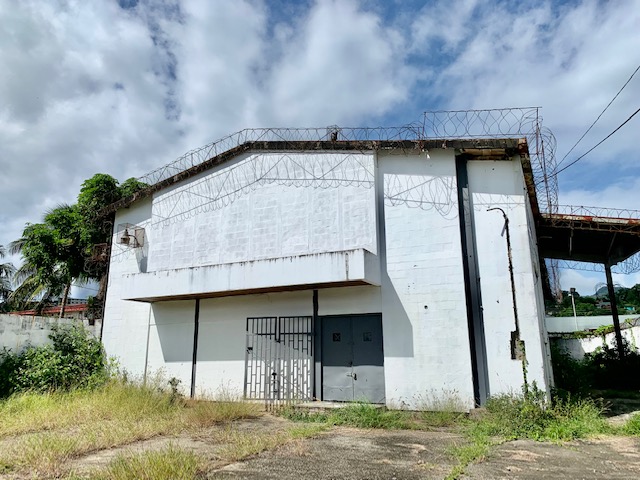 The warehouse is single storey with a mezzanine with a total floor area of 4,000 sq ft on each level, with a bathroom on each level

Laventille
Laventille is the place where steel pan was born, and it is the birthplace of innovators and world-renowned tuners like the late Rudolph Charles, Bertie Marshall and Roland Harrigin. It is the heart of the steel pan world, where pioneer Winston "Spree" Simon lived and created one of the century’s new acoustical musical instruments. Laventille is home to Desperadoes Steel Orchestra, one of the world's oldest steel bands, still in existence today. It also houses several other bands such as Laventille Hilanders, Courts Laventille Sound Specialists, Tokyo, etc.   Laventille is also the birthplace of many people including Soca artist Destra Garcia. Laventille is probably the oldest Community in East Port of Spain. It has been said, whenever the enslaved peoples escaped from man's inhumanity to man, they headed to the Hills of Laventille. The world famous Angostura Bitters is currently produced at the Angostura compound which is located off the Eastern Main Road in Laventille. This product is one of the older products of Trinidad and Tobago which has won many awards and which has been exported to many countries. The bitters forms an essential element in many drinks and dishes. Residents must venture in Port of Spain or environs as Laventille does not have much retail or wholesale trade.